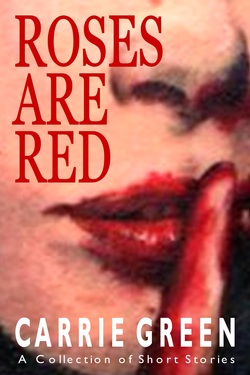 A Collection of Short Stories

​A LONG DISTANCE RELATIONSHIP—Drunk, Allan ended an all-nighter of partying with a hit and run that escalates into First Degree murder.

A LUCKY HUMAN—Traveling the Universe aboard a space cruise ship may be the hottest trend, but a young man may be exchanging his life for this privilege.

CASH ONLY—This bounty hunter only cares about the paycheck.

Allan Gunther stared at Margaret, wondering what he had ever found attractive about her. Her face was red with dark circles engulfing her eyes. Worse yet, she wore no make-up. She had already washed her face and changed in to one of the t-shirts that she wore to bed when they weren’t having sex. "It was an accident," he said abruptly.

"It doesn't matter, you hit the guy and you didn't stop the car. That makes you a murderer," she picked up the beige receiver. Her eyes flicked down the list of important phone numbers stuck to the wall with yellowed tape.

"Man, what did you want me to do? I'm still on parole. You know I would have failed a breathalizer test." Allan referred to the party that they had attended last night, or, more accurately, this morning. It had been a long date. "Besides, I have enough grass in that car to get me put away for a lifetime."

"You killed a man," she repeated. She was visibly upset. Allan speculated she was about to cry. She always looked horrible when she cried.

"Margaret. Put that phone down,” he commanded.

She ignored him, her chipped red fingernails pressing down the grey push buttons.

"Damn it! Stop!" Allan shouted, trying to pull the phone out of her hand. She held fast. Allan shoved her back against the wall. Her body thudded into the hollow plasterboard. The sound echoed before he shoved her back a second time. Her head snapped as if to separate from her neck, but she still clutched the receiver. She looked at him with dazed eyes, then she swung the receiver into his face.

The ear piece crunched against his right cheekbone. The disconnected buzz of the phone rang out. Both of them paused.

"Want to play games?" He asked, each word causing his jaw to vibrate with pain. His hand surrounded her hand holding onto the phone, forcing the phone down on her head. It was easy. Physically, she was no match for him. Again, and again, he slammed the receiver down.

She crumbled to her knees. Her other arm rose in a futile attempt to protect her head and face. He brought the solid plastic down on those skinny finger bones covering her forehead. Her hand fell away. He felt strong and powerful.

He swung again. The hand holding the phone no longer opposed him. He swung again, this time the skull no longer crushed. It gave way. The receiver dug deep into her brain.

Her body slumped backwards, the receiver jutting out of her head. Still her fingers clung to the handle. His own hand had never touched the murder weapon. The coiled cord of the phone strained, stretching from the wall.

She wore an old t-shirt, something with a fat cat on it. Her legs were bare and twisted odd on the floor. If she were alive it would have been a difficult position to hold. Allan examined the blood seeping around the receiver. Her eyes looked blankly beyond him. She was dead.

It was funny. He had always thought death was dignified, sort of calm and peaceful. Death was a corpse in a coffin, hands crossed on the chest, a smile of contentment upon bloodless lips. There was no dignity in her death. Her mouth gaped open and her tongue had rolled back between crooked teeth. The angle of her head revealed the double chin she was always trying to lose. The nipples of her breasts pressed hard against her thin t-shirt. She was a slut, Allan thought humorously, in death as well as in life.

"Hey Babe, tell me, is death a turn-on? Better yet," his gaze fell on the useless receiver, "call me."


Carrie's books are available on Amazon at:
http://tinyurl.com/3oxl7vt.